Stylus adds variables, nesting, mixins, and more to regular CSS. It also allows you to (optionally) omit extra characters like braces and semicolons. 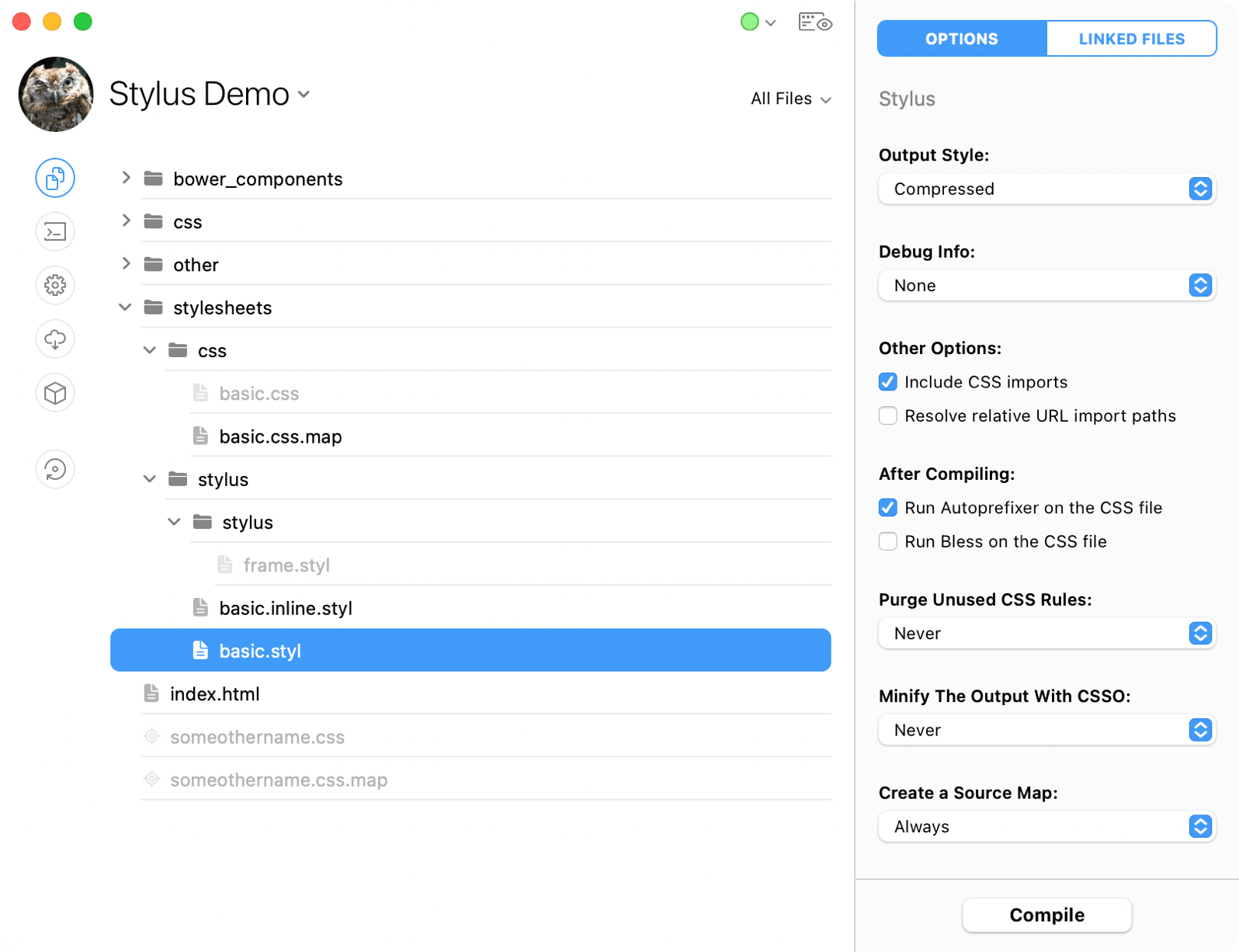 To set options for all Stylus files in a project simultaneously, open Project Settings > Stylus. To change options for just one file, select it and use the inspector pane shown above.

Choose Compressed for the smallest CSS files. The other options yield pretty-printed CSS, but you don't need that because you'll use source maps.

This should be None. Otherwise, selectors in your CSS file will have comments telling you where they came from in your Stylus file. You don't need this because you'll use source maps.

Enabling this option will rewrite URLs so they are always relative to the base file.

Stylus files can import other files. To view these relationships, click the Linked Files tab: 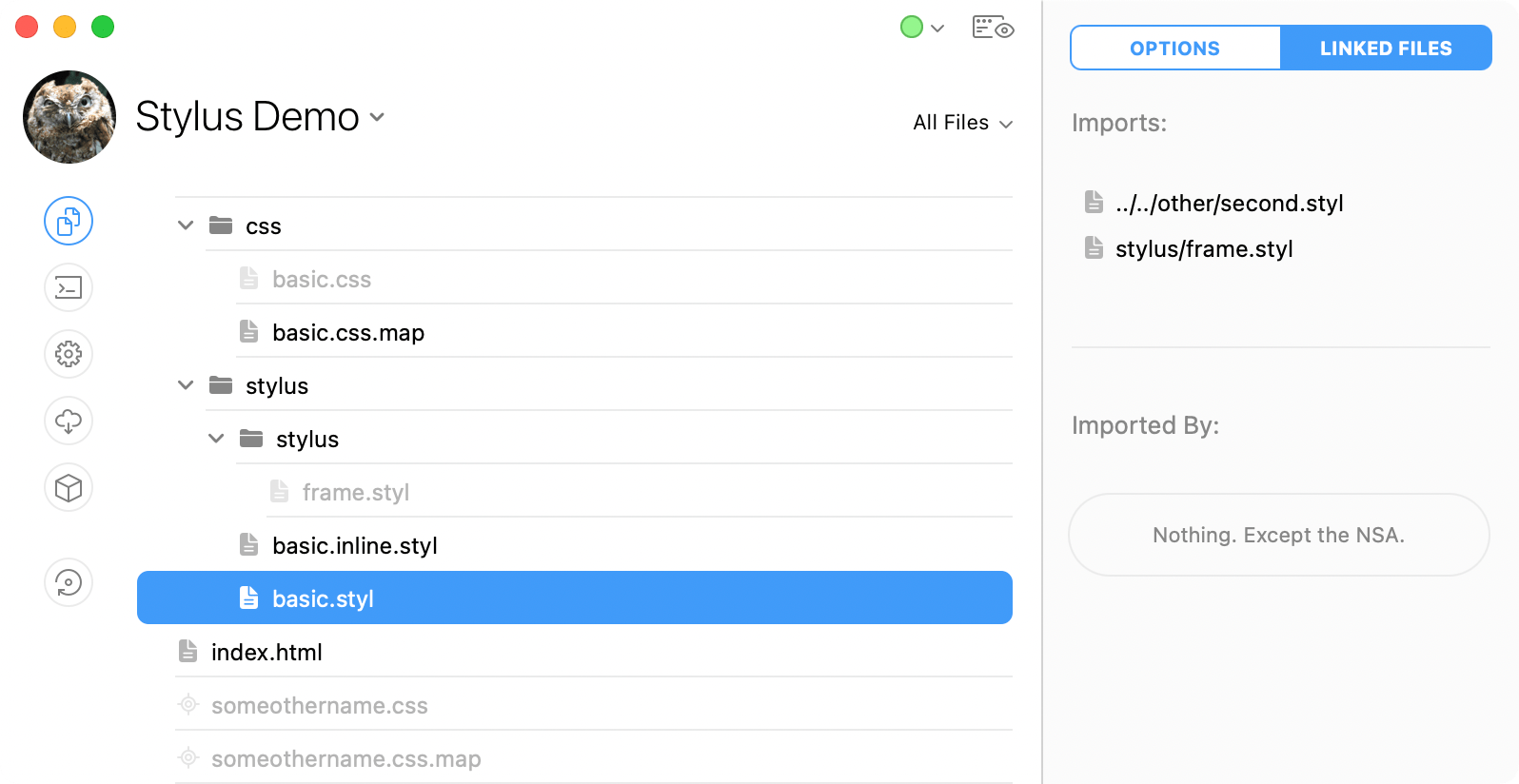 At the top, this pane shows all files that your selected Stylus file imports. Below that are all the files that import the one you have selected. If you see [FW] after the filename, that file is part of a CodeKit Framework

CodeKit supports Stylus "import globbing". If you write @import 'someFolder/*', all Stylus files in someFolder will be imported in alphabetical order. "Multi-level" globbing such as folder/**/*, however, is not supported because it's a terrible idea.