(3.16.1 fixes an issue where Tailwind files might not compile correctly.)

This release removes Compass, which was end-of-lifed 5 years ago. It also removes JSHint and JSLint. If you were still using those, JS files will switch to ESLint automatically.

Things That Got Better:

Things That Were Supposed To Have Gotten Better Last Time:

Because Ira has enough listeners: Unmuzzled.fm

(3.14.1 fixes build steps that might run out of order, a pedantic npm warning, and the HTML minifier possibly removing cache-busting queries.)

I have a show: Unmuzzled.fm
We charge $5 for ads. Our intros are provided by OnlyFans people. Hilarity ensues.

We started a podcast: Unmuzzled.fm

I'll give you one good reason to listen: there are ZERO Squarespace ads.

Don't put off this update. It has a critical fix for some date shenanigans that will soon break the last version.

Fixes a crash that could occur if your Sass files contain comments on the same line as @import.

Dart Sass is now the default Sass compiler in CodeKit.

Some things to know:

CodeKit licenses come with 2 years of free updates. After that, you can renew your license for more updates. If you don't renew, any version of CodeKit released before your license expired keeps working forever.

Rolls Libsass back to 3.6.1 until the Libsass team can fix some new bugs causing hangs during compiling. Removes the deprecated "Check For IE Compatibility" option for Less files, which caused compiling to fail. 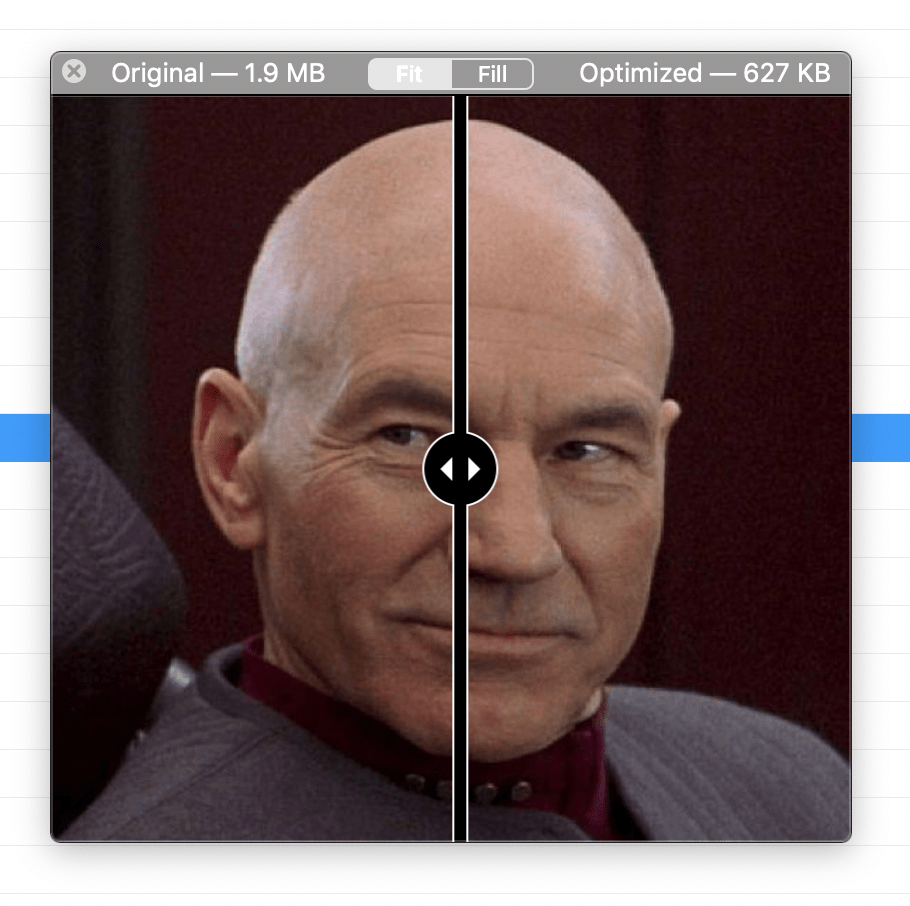 3.9.2 fixes issues where TypeScript files failed to compile and npm packages with names shorter than 4 characters didn't show up in search results.

I don't officially support macOS betas, but folks tell me CodeKit is working fine on 10.15. This update is fully notarized and should be ready for Catalina.

3.8.2 fixes a crash that occurred when scanning malformed Bower packages for import statements.

3.8.1 fixed an issue in 3.8 that caused crashes with the Projects Sidebar open.

CodeKit is 8 years old. It's seen 95 updates. I work on it constantly and will keep doing so for years and years to come. But I need your help. Rather than hold back features like JS-Bundling for a big 4.0 release, I've decided to adopt the Sketch licensing model:

Why Are You Doing This?

This is a Subscription!

What If I Have a Multiuser License?

Renew one user or add a new user and all seats get an extra year of updates.

NEW Base64 Imports in Kit Files

Less has been updated to 3.8.1 and some options have changed (mostly about when math operations get performed). If you use Less, double-check the options on your files after updating.

A few things came up after 3.4 shipped on 31 October, so this update replaces that one and fixes:

So...I've set a crazy goal to take CodeKit open source and make it free. More people will use it, other developers can help me improve it faster, etc. But I still have to pay bills, so I'll need help before I can do that. If you like me or my work, please see patreon.com/bdkjones for details.

If you saw a bouncing Dock icon during the last update, that was due to data migration. (When I add new options, the app has to apply them to existing items before it can run.) A little window was supposed to pop up with a message. It didn't. It does now. The migration process is also 85% faster.

It is now literally impossible for an issue in Libsass to crash CodeKit. Malformed Sass files that previously crashed the app will now show correct error messages.

Libsass now runs as a completely separate process (codekit-libsass-service in Activity Monitor). The first Sass file you compile will take about one second longer while this process launches. All Sass files after that will compile without delay.

The built-in version of Neat has been upgraded to 2.0. You'll need to tweak a few things in your Sass files to use it. See this page for 1.8->2.0 changes.

Jeet is being maintained again! This release includes Jeet 7, which has a few breaking changes. Read the migration guide. (Ignore the crap about updating import statements though. You use CodeKit, so just write @import 'jeet'; and go.)

Apple and I released new stuff together. There were a couple bugs in CodeKit, so that's a point for Apple. But...you don't have to take out a second mortgage on your house to buy dongles when you upgrade to CodeKit 3. So that's a point for CodeKit. See you at WWDC, Schiller.

Nope. I'm sure there are some bugs that got past the beta.

Is It Going To Explode And Set A Plane On Fire?

No. The bar for success has really been lowered.

This update adds a few things that will enable a seamless migration to CodeKit 3, which is launching next week. Skipping or procrastinating on this update is a poor life decision.

My thanks to Squarespace for sponsoring this episode of my release notes. I have no idea why they decided to be a sponsor—you guys build stunning websites by hand; seems like you don't need Squarespace. ...Maybe their ad department was drunk? Anyway, Squarespace: build it beautiful.*

Where Have You Been?

This update provides stability on macOS Sierra. And fixes a few bugs by updating components.

*I listen to too many podcasts. Squarespace is not actually a sponsor

You may need to change the Output Module type for your TypeScript files from CommonJS to System after this update, due to a change in the TypeScript compiler.

This is the last release of CodeKit that runs correctly on OS X Yosemite, OS X Mavericks, and OS X Mountain Lion. If you are still running any of those ancient OS's, update your Mac and then install CodeKit 3.

CodeKit uses the open-source Sparkle framework to manage updates. Last week, a large man-in-the-middle vulnerability was found in Sparkle. Prior releases of CodeKit should be unaffected because all updates are delivered over SSL. Nevertheless, this release includes a new, fixed version of Sparkle (1.13.1).

The original CodeKit 2.7 release contained Libsass 3.3.3, which had a critical regression that broke Sass compiling for many people. Version 2.7.1 returns to Libsass 3.3.2 until the Libsass team fixes the problem. Ask me how many emails I've gotten in the last 5 hours.

This update brings Libsass to 99% feature parity with the Ruby Sass compiler. It contains hundreds of fixes and makes Libsass about 50% faster than it already was. If you're not using Libsass at this point, you're doing it wrong.

This release brings TypeScript 1.6.2, which is notable for a few reasons:

A nice little maintenance update for the dog days of summer.

Doug Crockford recently overhauled JSLint to be less Donald Trump-ish. Most of the old options are gone and only a few remain. This release includes the new JSLint and you might actually like it because it will no longer find 4,567 errors in a 25-line file.

The FSEvents bug is DEAD.

So you know how CodeKit sometimes can't see file-changes because of a bug in Apple's FSEvents API? I've spent five days discussing this with Apple Engineering. They've given me a fix, but they're not completely sure it's going to work. (So...kinda like WiFi in Yosemite.) This update has the fix in it.

If you still find a folder that's not responding to file-changes, quit and relaunch CodeKit. If that doesn't fix it, please contact me so I can berate tell Apple.

And, of course, there's STILL all the stuff from those three updates last week:

This update also brings support for refreshing stylesheets that are included through HTML5 Imports and makes browser refreshing compatible with WebComponentsJS's ShadowDOM Polyfills.

And, of course, there's all the stuff from the 2.3.1 update, yesterday:

Stuff you probably don't care about

After releasing 2.3 on Friday, some folks pointed out some bugs that I needed to fix quickly:

Here's what I've been working on for the past two months:

This is a huge release with lots of changes. Let's break them down by section.

I'm re-releasing 2.1.8 to correct an issue where include statements did not work with Slim 2.1 and an issue where Frameworks did not remember settings. Plus, there's now a CodeKit plugin for Sublime Text available. Was there a bug in the original 2.1.8 release? Yes. Did it stop 40,000 iPhone 6's from making phone calls? No. We'll mark that a win.

Use a different editor? Check out the new AppleScript APIs and the Coda Plugin Source Code to see how I did it. Make a plugin for your editor of choice and email me so I can feature it! Also: first person to find a bug in my source code wins a free CodeKit license. First person to email me about how if statements should have braces on the same line and I should really be using tabs instead of spaces...wins a 4,389 word email about proper coding style.

Keep using Libsass to compile Sass files in a Zurb Foundation project because the latest Ruby Sass compiler (3.4.5) is not yet supported by Foundation. This should clear up in the next few weeks. See the link in the 2.1.7 release notes, below, for more information.

If you use Zurb Foundation, you need to read this thread about the current state of Sass: https://github.com/bdkjones/codekit2/issues/443. There are a few edits you need to make to the Compass config.rb file after creating a new Foundation project in CodeKit or it won't compile. If you use Libsass to compile your Sass files, you're unaffected.

TL;DR --> Use Libsass to compile Sass files in Foundation projects until you see an 'all clear' message here.

I tested the self-healing feature on a strong, fast WiFi network. If your WiFi is laggy (e.g. a public network), the self-healing routine would repeatedly try to reconnect to CodeKit because the HTML5 websocket protocol has no way to determine if a connection is truly dead or just laggy. In version 2.1.3+, if a page loses touch with CodeKit for 15+ seconds, it will display a banner telling you that the connection is unstable, but it will NOT attempt to automatically reconnect, since the connection may not be dead.

Auto-refresh on remote devices really requires a solid, fast WiFi network to work well. If the network is bogged down with traffic or you're at the edge of the router's signal range, refreshes will probably be slow and/or unreliable.

For lo, on the sixth day St. Ive descended from on high and said unto the masses, "Abandon thy wicked ways my brothers and sisters. Let not thy elements have bevel nor depth nor gradient. Walk not in the drop shadows of thy forebearers, but be flat and translucent in all thy ways that you may know paradise." And the masses rejoiced except one man who said unto St. Ive, "But does not translucency distract, my lord? Surely it is wasteful and ornamental!" And St. Ive looked upon the man and the man was no more.

Note: Although the UI has been updated in preparation for Yosemite, you should NOT run CodeKit on OS 10.10 yet. There are several issues that will make your life difficult. These get fixed as Apple eliminates bugs in OS X so I don't worry about testing my apps until Apple ships a Release Candidate build.

The Starks send their regards.

First new feature since the 2.0 launch plus some bug fixes.

Eliminates a few issues that cropped up after the initial launch of 2.0 last week.

Finally, eh? This is a complete re-write of CodeKit. If you're upgrading, MAKE SURE you watch the "Browser Refreshing" screencast; it's totally different now. Don't be the guy that emails me and asks, "Why isn't CodeKit 2 reloading localhost anymore!?"

CodeKit 2.0 includes pre-release versions of Sass and Compass. There are two known issues with this pre-release of Compass:

Jade updated to 0.35.0. (NOTE: if you want to use includes with Jade, you must install the relevant node packages at the command line. For example, to include Less code in your Jade files, you must install Less through NPM.)